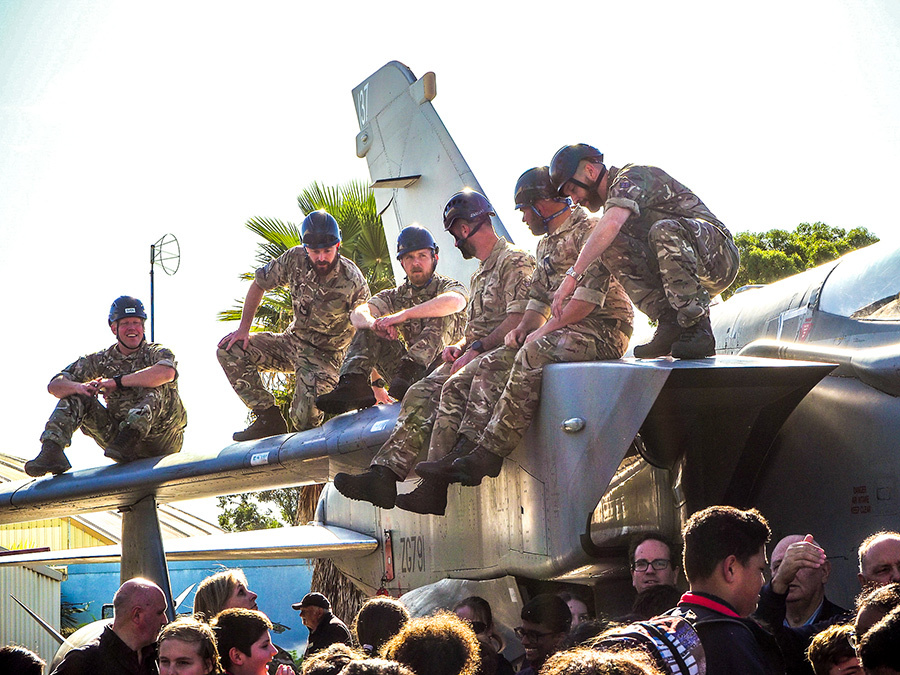 After over three years of detailed planning and a huge amount of co-operation, passion and teamwork between dozens of dedicated people at the RAF, RAAF and RAAFA, the Aviation Heritage Museum WA has welcomed its latest exhibit.

And what an exciting addition it is to the already impressive aviation collection on show at the much-loved Bull Creek museum.

Following Pentagon approval for shipping, the Tornado GR4 - a gift from the RAF - arrived in Perth on Thursday 19 May, after it was retired from service over in England back in July 2019.

"This aircraft is not only a symbolic gift from the RAF, it’s also an extremely significant aircraft which means a great deal to many people in Australia," says RAAFA’s Ian Craig, Head of Clear Skies.

"We really are blessed to have this aircraft in our collection as there’s nowhere else where it can be viewed in Australia, in fact there’s very few places around the world where it’s on display, so it really is a privilege to have secured it here in Perth.

"The interest in this aircraft in Australia is huge and the significance of this gift cannot be downplayed. At the same time, it’s also a credit to everyone who has worked so hard to make this momentous project become a reality."

Having been involved in active service around the world for more than 25 years, the RAF announced it would be retiring its Tornado fleet more than three years ago and invited official submissions to apply for the aircraft.

"Submitting the application for the Tornado was not only a brave and bold move for the museum, it was also a major commitment from the RAAFA Division Council, which was completely supportive of our proposal, and backed the project the whole way," adds Ian.

"Significantly, there are a number of Air Force pilots, retired technicians and RAF personnel who are based locally and who have a history with Tornadoes and this aircraft, ZG791, including four pilots who have flown it and were previously stationed at RAAF Base Pearce."

In considering the proposal, RAF Wing Commander, Erica Ferguson, flew to Perth to spend a week with the team at RAAFA to thoroughly vet the application and decide if the museum would be a suitable home for the jet.

"This was really just the beginning of the entire process which has been a massive undertaking," adds Ian.

"Being able to gather a passionate and engaged team which collaborated to make this dream become a reality has been the key to the success of this project."

Last month, a seven-member specialist RAF Joint Aircraft Recovery and Transportation Squadron (JARTS) team flew out from the UK to Perth to assemble the Tornado, after the completely demilitarised aircraft arrived by ship in Fremantle, before being loaded on the back of two semitrailers.

And following its assembly, an official ‘handing over’ ceremony was conducted on 21 June, rendering the exhibition open to the public.

"Having this amazing fast jet in our collection for visitors to view at close range is just phenomenal," adds Ian. "Who’d have thought that our very own humble aviation museum would be the only museum outside the UK where this incredible aircraft, with its significant history, can be seen."

The Tornado GR4 - the only aircraft of its type in Australia - is now officially on display at the Aviation Heritage Museum in Bull Creek. And thanks to a specially designed platform, visitors will be able to climb up alongside the cockpit, to take a good look inside.

About our Tornado GR4