Modelled on the successful program established in SA in 2016, ARVL is a two part, ‘Housing First' program which provides transitional housing and connection to professional support services followed by appropriate and affordable permanent housing.

As part of the program RAAFA will develop a network of service providers, to provide specialist support services to assist veterans to actively work towards addressing their situation of homelessness.

Why a focus on Veterans?

It is important to first acknowledge that the overwhelming majority of retiring Australian Defence Force (ADF) members successfully transition into civilian life. However, for some time there has been concern about the extent of homelessness amongst the veteran community. In the absence of robust information, the Department of Veterans' Affairs (DVA), commissioned AHURI to examine the extent and nature of homelessness amongst former ADF members.

The research using information from DVA and Defence-funded administrative and survey sources, clearly demonstrates that for some veterans, a successful transition process would be enabled by targeted accommodation linked to specialist support services.

While the research is unable to provide a geographical breakdown for veterans' homelessness, more detailed analysis will be available through the 2021 Census, which will include a question on whether an individual is or has served with the ADF.

More recently the preliminary report from the Interim National Commissioner for Defence and Veteran Suicide Prevention has highlighted the correlation between veteran homelessness and veteran suicide. That report makes many useful recommendations, including recommendation 9.4 to increase veterans' housing options. 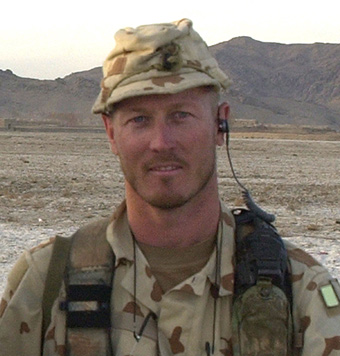 Andrew Russell Veteran Living Program is named in honour of Sergeant Andrew Russell. Sergeant Russell was serving with the Perth-based Special Air Service Regiment in Afghanistan, when the long-range patrol vehicle in which he was travelling struck a suspected anti-vehicle mine on 16 February 2002.

The ARVL Program in WA is modelled on the South Australian RSL Care Program of the same name, which was established in 2016. This initiative represents the only dedicated homeless accommodation service for contemporary veterans in Australia and utilises a ‘housing first' solution, with a primary focus on pathways to securing permanent housing. This approach is combined with ‘wrap around' services and individual case plans to assist veterans in addressing the specific causes of their situation.

Data collected in late 2019 presents some important insights into the South Australian Program, since it first opened its doors in January 2016.

The main reason cited for RSL Care ARVL being unable to assist veterans, is the lack of accommodation available, therefore demonstrating the strong necessity of this kind of veteran support within the community.

An overwhelming majority of residents are self-referred, demonstrating a strong desire to help themselves with not only housing, but also other important services the ARVL Program provides.

The RSL Care SA ARVL Program sees 45% of residents moving into private rentals, public/community housing or ARVL affordable housing at the conclusion of their stay.

The RAAFA WA ARVL Program will closely align itself with the proven and successful aspects of the South Australian Program, tailored specifically to suit the needs of veterans in WA and aligned with the objectives of RAAFA and its charitable purpose. With a proven history in veteran accommodation, RAAFA is committed to partnering with the relevant support services to provide a contemporary and individualised solution to all veterans experiencing homelessness.