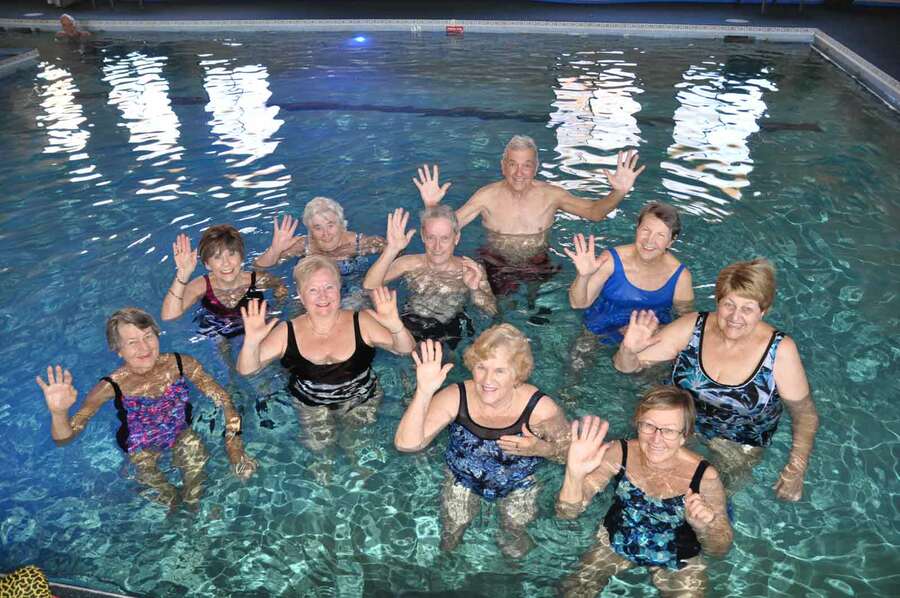 Meadow Springs Estate resident Lyn Boston was Perth’s first ever aqua aerobics instructor. And the ex-synchronised swimmer and contender in the Australian Synchronised Swimming Championships held in 1964 in Victoria now takes aqua aerobic classes at the village three to four times a week.

“I started off running normal aerobics but found many people were unable to participate due to various health issues, so I decided to take water classes at the beginning of the 1980's,” says Lyn, who is a past RAAFA employee who managed the Meadow Springs Club and later became RAAFA's Food Safety Auditor and Trainer.

“The regular lessons are held in the indoor pool and are choreographed to music mostly from the 60s, 70s and 80s which everyone in the group loves.

I mostly have ladies aged in their 60s and 80s and they tell me they have noticed a significant difference in their mobility, for instance they find it much easier to get up from chairs or even the floor.  In fact, two of the ladies have made such a marked improvement that their husbands now come along as well, after being so impressed with their wives’ progress.”

Lyn explains that she has always been a water baby, having grown up on the river at Salter Point, which meant her parents were very keen for her and her siblings to learn to swim at a young age.

“Our dad used to throw us into the river - so it was sink or swim,” she laughs.

Lyn explains that in 1963, she and two of her friends from high school decided to join the newly created synchronised swimming group at Beatie Park, where she continued to go regularly up until her marriage in late 1965.

“Even in older age, when people have knee, hip and other joint issues it's a safer way to keep fit,” adds Lyn. “And I'd say to everyone, that it’s also a great way to become stronger in the legs and core muscles which helps to prevent falls.”