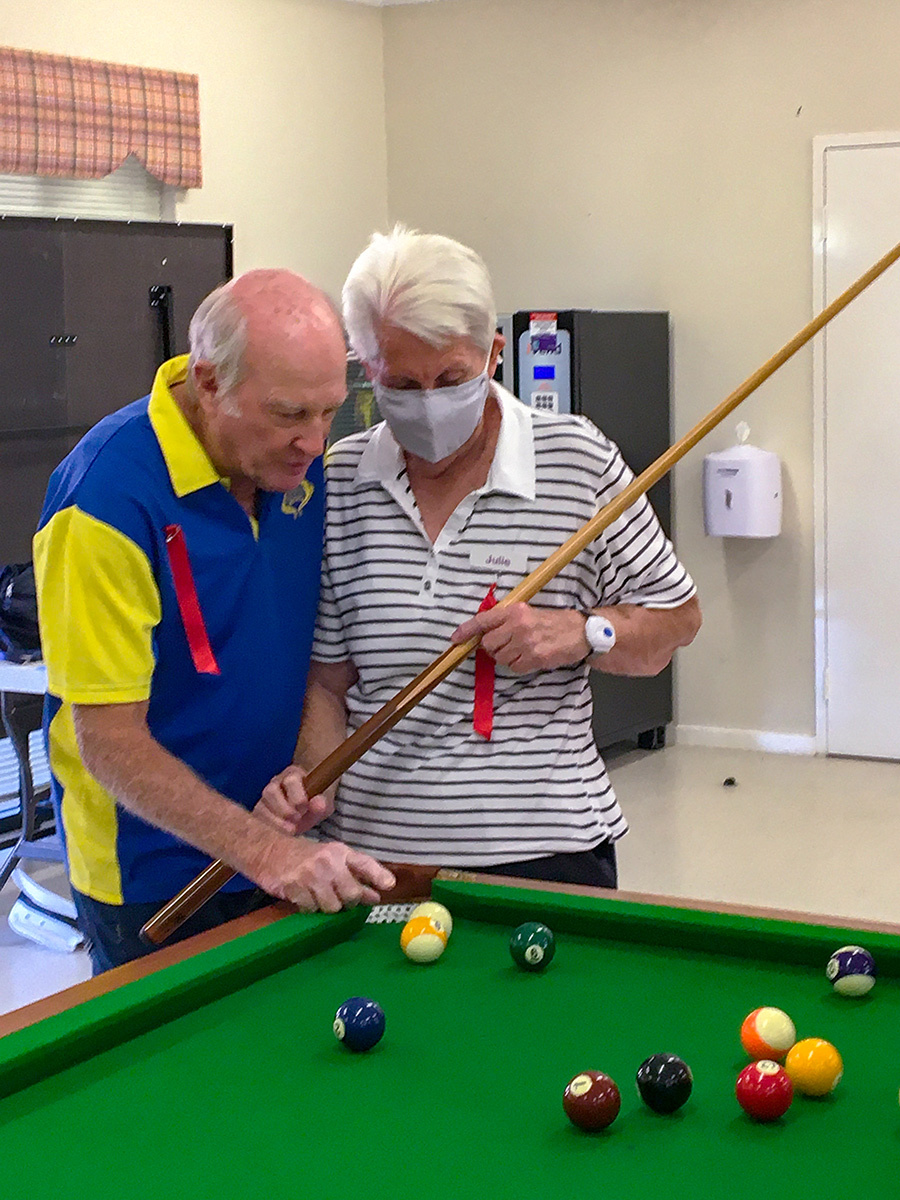 They may not be Olympians - or even tri-athletes - but residents at Erskine Grove in Mandurah took part in their own mini-Olympics recently.

The brainchild of David Lloyd, President of the Branch Resident's Committee, the two-day event involved 32 official competitors, with dozens more enjoying the fun and fellowship that was part and parcel of the event.

And it's fair to say that the competitive spirit was very much alive and well on the estate, with residents taking part in darts, pool, carpet bowls, bocce and quoits games, to name a few, with others cheering along from the sideline.

David explains that the event took almost six weeks of planning and organising, with the main objective to create some fun and friendly rivalry, where residents could get to meet others on the estate and make new friends.

"We also wanted participants to experience the thrill of being part of a sporting team again, whilst enjoying social interaction and an element of competition," he says.

And at the end of the fun-filled weekend, a closing ceremony was held where the teams lined up to march into the venue, led by Australian flag-waving (and temporarily wheelchair-bound) resident Peter Nicolay, who represented the Para-Olympians.

David explains that an invitation was sent to the head of the Commonwealth to present the winning medals at the end of the competition, but he was advised that the Queen was unfortunately, not available.

"So we invited the next best person, the very English and proper Mrs Hyacinth Bouquet (a role played by Denise Nicolay), who graced us with her presence on stage and awarded gold, silver and bronze medals, to the lucky winners and runners-up," he says.

"I'm pleased to report that, at this point, the audience really got into the spirit of things with lots of cheering, hooting and blowing of whistles," David laughs.

And we have it on good authority that the photos of family members holding their medals have subsequently gone viral, having been sent all over Australia, and indeed the world.

"There's certainly a few grandchildren out there who never expected to see their grandparents win an Olympic medal, and that, in itself, is gold isn't it?" adds David.

"Everyone really did take the whole thing in good spirits and the general consensus was that the weekend was a real tonic."

The event wrapped up with a sausage sizzle and some drinks, which were also very well received. So congratulations to everyone at Erskine who joined in the fun. The team at RAAFA think you're all winners!