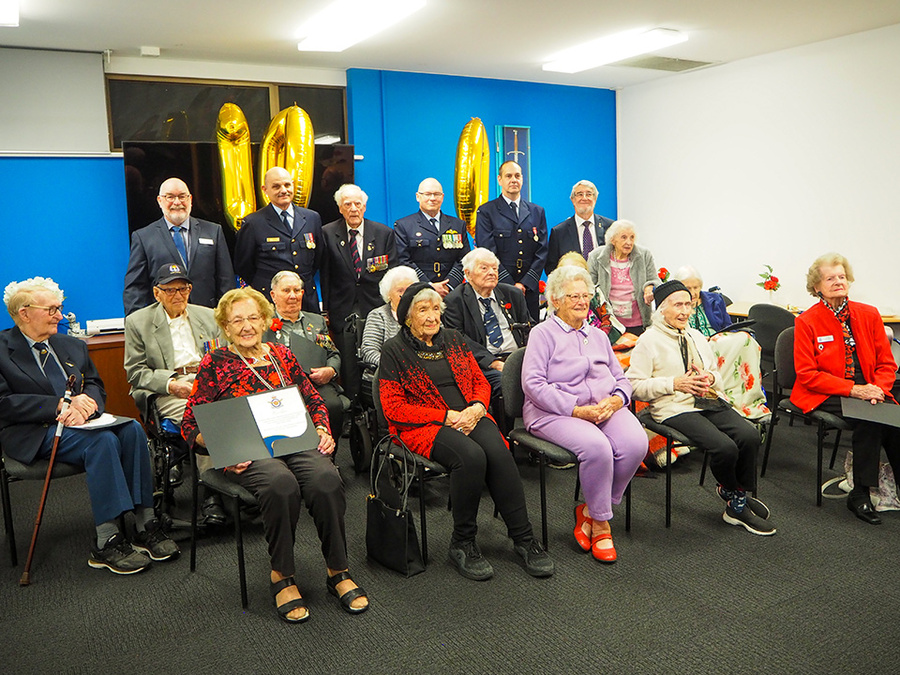 The RAAFA team was as pleased as punch to host a special centenarian birthday celebration for ex-service men and women, as well as members, recently.

In total, 14 centenarians, six of which included veterans and their families, attended a private celebration at AFME, which included a presentation and morning tea hosted by RAAFA executives and Royal Australian Air Force representatives.

"We felt it important to honour both our veterans and senior members who have reached such an incredible birthday milestone," said Ian Craig, Head of Clear Skies.

"These individuals have witnessed so much in their lives, including two World Wars, the landing of the man on the moon, and a myriad of world-shaping events."

Those invited ranged in age from 100 to 106 years young, and all were RAAFA members or veterans who reside across our retirement living and residential care sites, as well as the broader community.

Clive Robartson, RAAFA's State President, said the event was a wonderful way to be able to recognise so many RAAFA members who had reached their centenary, many of whom had provided honourable and extensive service during WWII.

"Those who attended are simply wonderful people who, incredibly, were born after the First World War and embody such a huge amount of history and who have extensively contributed to both Australian life and also their community," said Clive.

"It is hard to imagine the incredible lives they have lived and the changes they have seen and it was an honour to spend time with them and to chat about their lives and memories."