Start of a new chapter 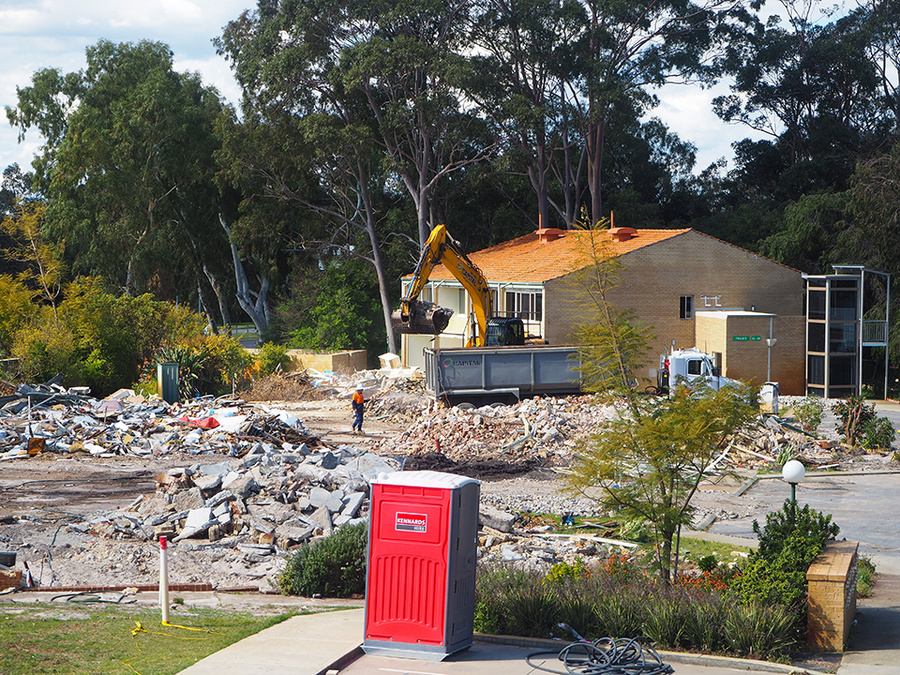 When Rona Stalley first moved into RAAFA's Bull Creek community in 1987, residents weren't allowed to hang washing out at the weekend, and 'everything' had to be painted mission brown.

"When I shifted in, everyone had little plots of garden which they tended to regularly, and you needed permission from the office to pretty much do anything," says the 93-year-old, who moved into Air Force Memorial Estate (AFME) when she was in her mid-50s.

"But look, you have to have progress, and although I was sad to leave Harris House, I have very many happy memories and I think we are all really excited to see the new building," Rona adds.

Last month, AFME's Sivyer, Harris, Ingram and Fraser units – known as SHIF for short – were demolished, heralding a new and exciting chapter for the estate.

But the new era also prompted a trip down memory lane for many.

Another long-term resident, 93-year-old Delys Ferguson, who has lived in her unit at SHIF since 1991, remembers being greeted when she first moved in by a previous resident, who was a very strict ex-headmistress.

"Hilda told us that we couldn't do any washing on a Sunday, but I remember Harry, another resident who lived downstairs at the time, retorting 'don't worry, no one tells me what to do'," she laughs.

"It's funny what you remember, but at the end of the day we had a lot of fun in our unit, everyone was friendly and we were all there for each other even though we didn't live in our neighbour's pockets.

"I'm not sentimental, so leaving my old home at Ingram wasn't hard, but it was made a lot easier by the help we received during the moving process, which couldn't be faulted, and I'm so happy with my new two-bedroom unit, I have beautiful views and I'm very happy," adds Delys.

"While the residents have been quite nostalgic at times, and several watched the demolition take place, they are also quite excited about the future Stirling building," she says

"Everyone has been reassured that the mature trees along the creek at Fraser House will remain to create a beautiful outlook from the south facing Stirling apartments. And the garden along the northern boundary will also be maintained during the construction phase."

Indeed, the position of the new building is certainly a hot topic at the estate.

"The new building is in a wonderful position and the new high-rise is going to have beautiful views, in fact I'd say they'll be the most sought-after in Perth," adds Rona.

"There won't be any other obstructions when it comes to the views, and people will be able to look straight back up the river. It's going to be a great place to see the city lights and also the fireworks on Australia Day."

Further updates on the progress being made on RAAFA's new Stirling apartments will be given in future editions of Air Mail, so watch this space for more information.