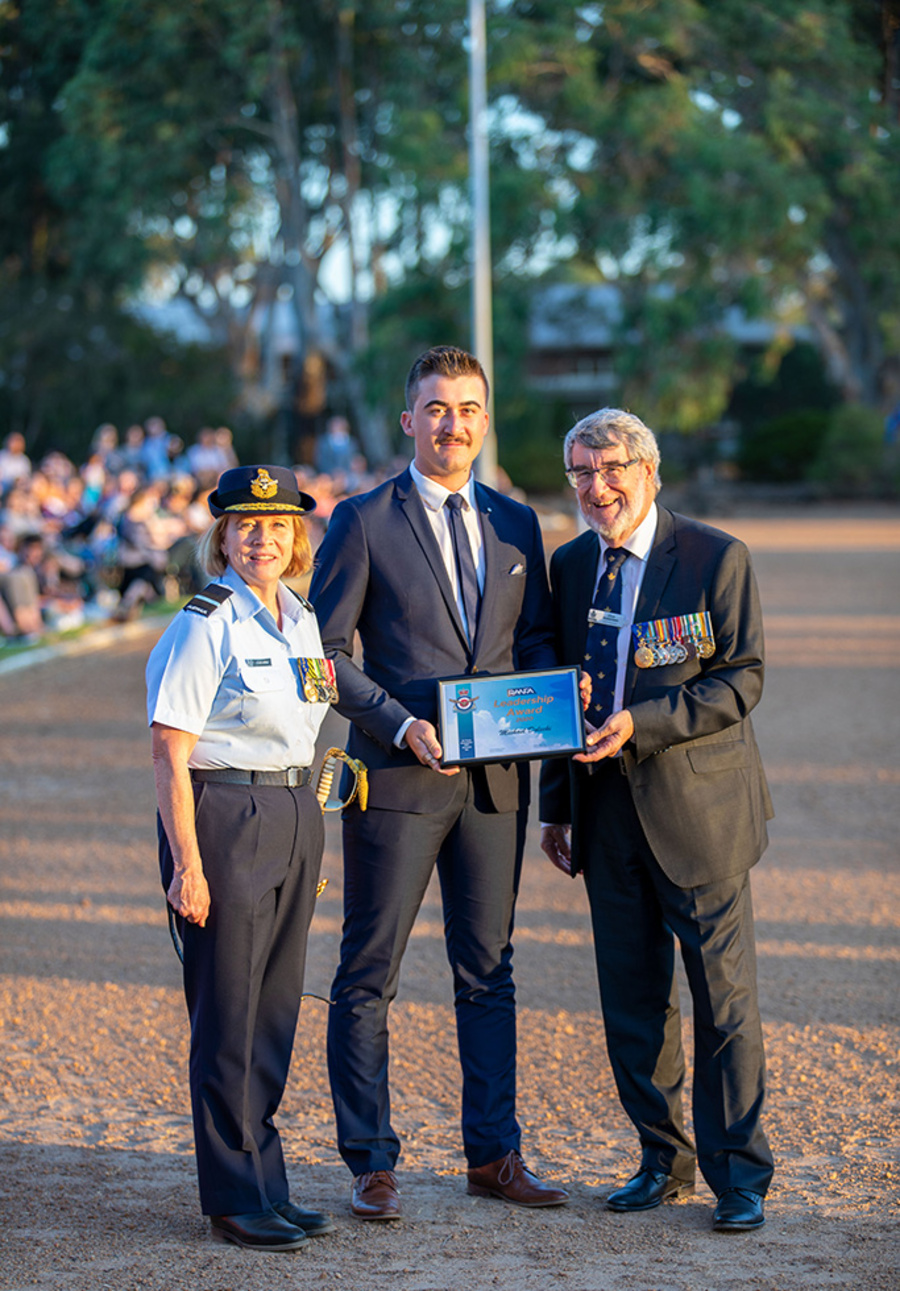 18-year-old Michael Dolecki is the recipient of the 2020 RAAFA WA Leadership Award, which was presented to him by State President, Clive Robartson and Air Commodore Fiona Dowse AM CSC, at the cadet graduation parade and award ceremony in late January.

Michael started his cadet career, by his own admission quite reluctantly, just over five years ago.

At the time I wasn’t sure if it would be right for me, but after one night I was hooked,” said the Stirling resident and mentor to junior cadets.

“Since that time, the opportunities which the Australian Air Force Cadets (AAFC) have offered me have been second to none, and I would not be who I am today if I hadn’t chosen to continue with the program.”

During his cadet career, Michael has been appointed as Cadet Executive Officer, Deputy Drum Major, and manager at cadet level of 7WG Logistics Flight, which sees him responsible for the management and distribution of Commonwealth issued uniforms and equipment for all AAFC units throughout WA.

“I am thrilled to have been awarded the 2020 Leadership Award which will provide an essential steppingstone to build on the skills I have been introduced to through the AAFC, and hopefully make me a worthy candidate for a role in the RAAF,” said Michael.

“As a cadet I have had exposure to leadership, teamwork, aviation, ADF experiences, instructional skills, drill and discipline, and most importantly, mateship.”

Michael’s career goals include enlisting in the Royal Australian Air Force (RAAF) to either pilot or operate on the C-17 Globemaster Aircraft, or to become part of No. 36 Squadron RAAF.

The Leadership Award consists of paid work experience with RAAFA as well as a $1,000 scholarship fund.

In 2019, Hamilton Hill local Alexander White was presented with the 2019 award and has just finished his work experience program at RAAFA.