New program a 'living memorial' according to ex-SAS Commander 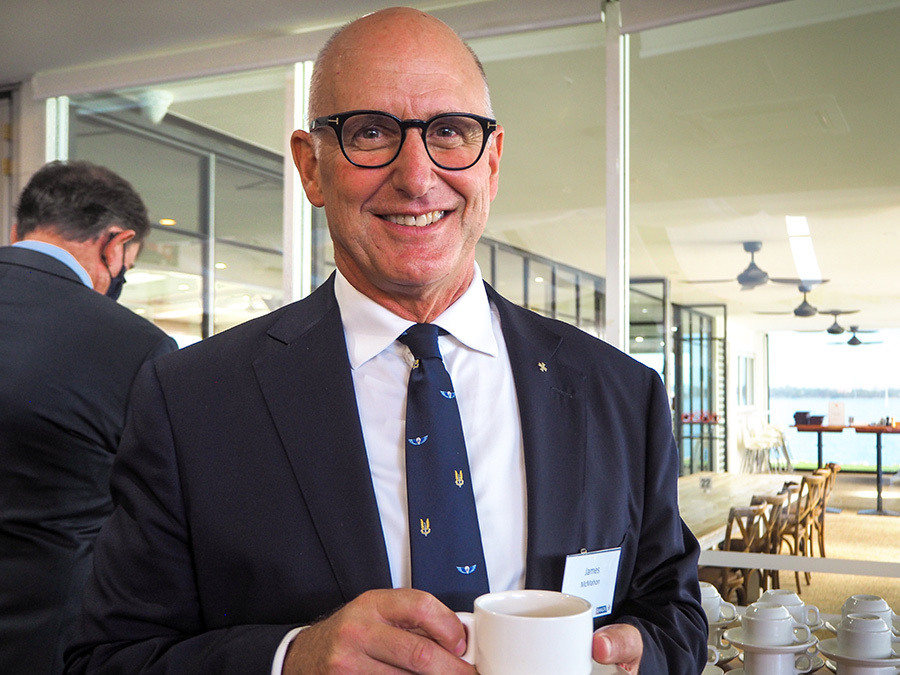 Before successfully transitioning to civilian life, James McMahon DSC, AM, DSM had a long and illustrious career in the Australian Defence Force, which spanned more than two decades and saw him personally awarded the Distinguished Service Cross (DSC) and the Distinguished Service Medal (DSM) for his command and leadership in action in Timor-Leste, Afghanistan and Iraq.

But when it comes to recent examples of impressive leadership, a commitment to the vulnerable in our community and a drive to do good, the newly appointed Member of the Order of Australia (AM) and ex-SAS Commanding Officer cites RAAFA's recent launch of the Andrew Russell Veteran Living Program (ARVL) as an example of outstanding forward-thinking by an organisation that is committed to making a powerful difference.

Having always felt a keen association with RAAFA, initially as a youngster growing up in Ardross who vividly remembers the iconic aircraft stationed at the organisation's Bull Creek site, and then, more recently, as a result of his Board positions with the Australian War Memorial, SAS Resources Trust and RSLWA, James was invited to the launch of the ARVL program as a valued associate within the wider military services community in WA.

Modelled on a successful program established in South Australia just over five years ago, the initiative seeks to find solutions to homelessness amongst the veteran community. It is named in honour of Sergeant Andrew Russell who was killed in Afghanistan in February 2002, which saw him become the first member of the Australian military to die in action since the Vietnam War more than 30 years prior.

Guided by Andrew's wife Kylie, the program will see RAAFA develop a network of service providers which will offer specialist support to assist veterans at risk of or experiencing homelessness.

"It's very apparent that the program is built on a solid basis of respect, compassion and a drive to do something extremely positive to help the most vulnerable in our society," says James, who was also awarded the title of Western Australian of the Year in 2019 for his service to the community.

"I left the launch feeling incredibly humbled and also great pride given something so meaningful has been borne out of such a tragedy; this initiative is nothing short of inspiring and it's a great example of what makes our state and country so wonderful. Those involved should be very proud of what they are setting out to do."

Having been officially launched in mid-February, the ARVL program will be specifically tailored to WA veterans, in addition to being aligned with the objectives of RAAFA and its charitable purpose. A new addition to RAAFA's proven history in veteran accommodation, it will see the organisation spearhead individualised solutions for any veterans experiencing homelessness.

"I don't believe this program would go ahead without RAAFA's expertise and the many wonderful people who make up the organisation and who know how to get things done," adds James.

"To me this initiative is a living memorial to Andy, and also a testament to Kylie's drive, commitment, respect and compassion. It's very powerful indeed."