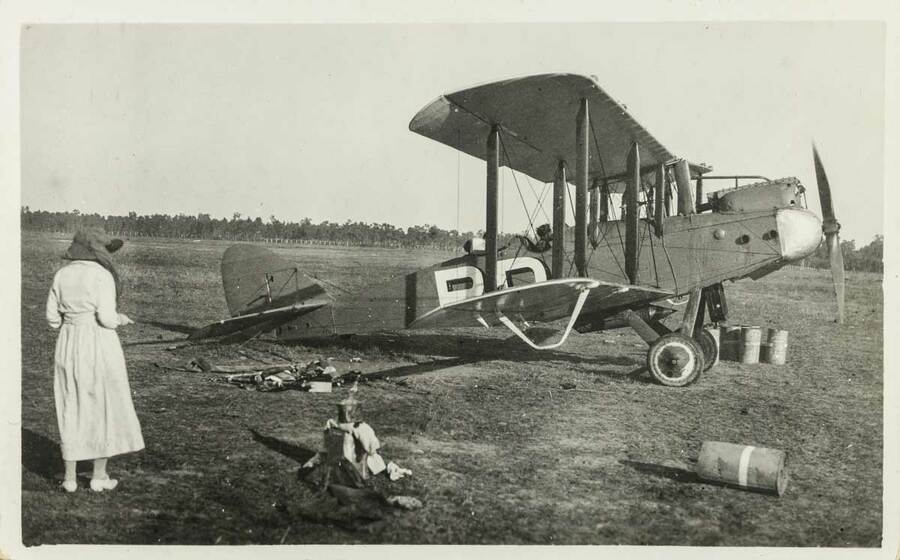 Our Division has for many years awarded the McIntosh Memorial Scholarship with $5,000 presented to descendants of persons who have or are enlisted for service in any branch of the RAAF and Commonwealth Air Forces, wishing to undertake their first course of tertiary education full-time.

The scholarship established in 1921 (and administered by RAAFA from 1983) honours Lieutenant John Cowe McIntosh AFC who died in a plane crash 100 years ago this year, on Easter Sunday.

McIntosh was born in Scotland in 1892, and having moved later to Western Australia, enlisted in the Australian Imperial Force (AIF) in 1914. On enlistment his occupation was recorded as architect and surveyor.

He served in the 4th Field Ambulance AAMC on Gallipoli and in France, and was promoted Corporal. Just before the end of hostilities he transferred to the Australian Flying Corps to undertake flying training and was commissioned as a 2nd Lieutenant (on probation) in April 1919.

Rather than return to Australia with other elements of the AIF after WWI, McIntosh joined forces with Lieutenant Ray Parer to enter the Australian Government’s £10,000 air race to Australia.

Although the race was won by Ross and Keith Smith in December 1919, McIntosh and Parer continued with their adventure. Despite great difficulties and obstacles, they became the first airmen to fly a single-engine aircraft from England to Australia and the only other aircraft of the six competing that reached Australia. The epic journey took 208 days and McIntosh and Parer were each rewarded with £500 and an Air Force Cross for their effort.

Their aircraft is on display in the Australian War Memorial in Canberra.

Applications and full details on the scholarship are available from the Head Office in South Perth via hr@raafawa.org.au.

Ray Parer and John McIntosh arrived at Darwin in their Airco DH9 on 4 August 1920, 8 months after the Smith Brothers, becoming the first single-engine aircraft to fly from England to Australia