Lots of laughs is the best therapy 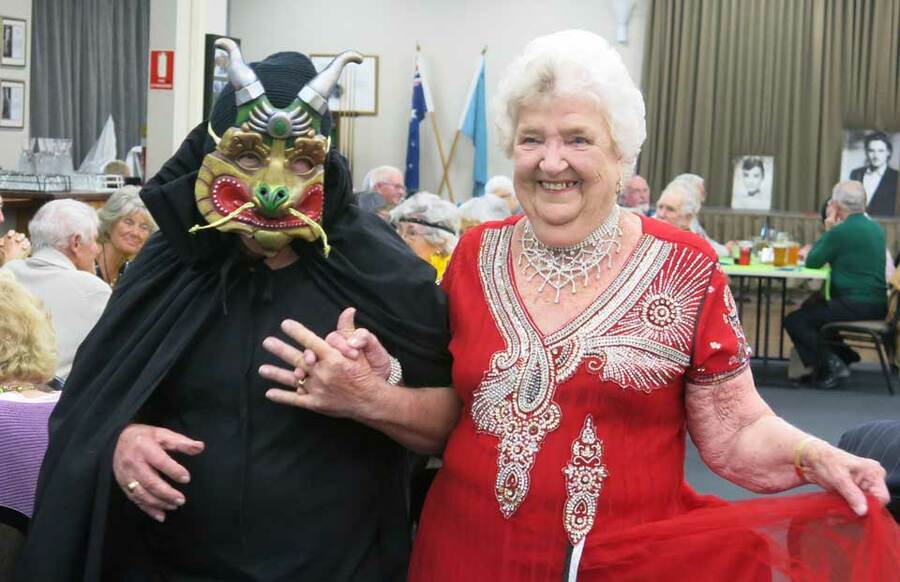 They say laughter is the best medicine and that’s just what was delivered at RAAFA’s Cambrai Village recently, thanks to the social and activities committee and, more specifically, members Mary Whittaker and Sandra Livingston.

Between them, the dynamic duo arranged a Friday night of hilarity and hijinks which was entitled Hollywood Comes to Cambrai.

The MC of the fun-for-all, movie-themed night was Pat Hassett - AKA 'Casper the friendly ghost' - who delighted the audience with her wit and humour.

She was joined on stage by ‘actors’ Leslie Carter, Yvonne Cotton, Maureen Doyle, Sandra Livingston, Colleen Moylan, Laurie Hassett and Len Hargrave who paraded in various costumes representative of popular movies, with the audience tasked with guessing the name of the well-known or iconic film.

“We could hear the debates along with lots of laughter as everyone tried to work out the movie,” said Mary, who, along with Sandra, spent several months organising the event, which was attended by over 100 residents.

Legendary and iconic movies which were played throughout the evening included Jaws, Beauty and the Beast, Priscilla Queen of the Desert, Snowwhite and the Seven Dwarfs, Edward Scissorhands and Samson and Delilah, to name just a few.

And as part of the evening, a two-course buffet dinner was served on specially decorated tables, and we also have it on good authority that the drinks served by the bar staff were in high demand.

“It was lots of work and I’ve visited a large number of op shops for costumes over the past few months, but it was just a really fun night which made it all worthwhile,” says Sandra.

“The feedback we’ve had has been fantastic, everyone who attended loved it and we’ve been asked for more nights like it, so we’ll have to see what we can do. After all, they do say that laughter is good for the soul.”

From the audience’s perspective, Cambrai resident and guest on the night Carol Wright - who attended the evening dressed as Marylin Monroe – said she could appreciate the tremendous effort, creativity and commitment that was invested in making the night such a huge success.

“My husband Mike, who was dressed as James Bond, and I had a fun-filled night,” she says.

“All of the entertainers were both talented and hilarious in their unique performances.  We particularly loved the rendition of the movie ‘Born on the 4th of July’ and also the enactment of ‘Priscilla Queen of the Desert’.

“Our table was having such a great time that we became really focused, so much so that we won all of the games during the evening,” she laughs.

Well done to everyone involved in Hollywood Comes to Cambrai.  After all, contagious laughing is surely something that we’re all happy to catch.