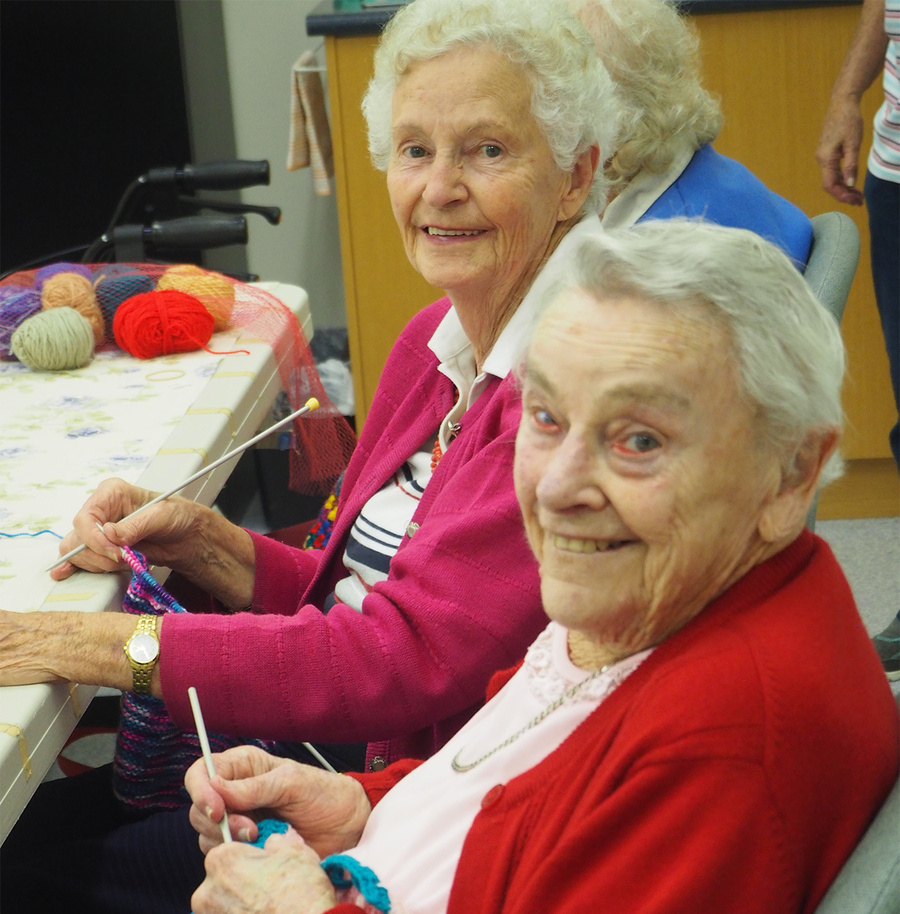 Knitting and nattering group welcomes everyone

Amity Villages Dot Pryor, coordinator of the craft group, is the first to say that the Monday afternoon get-together is as much about nattering as it is knitting.

“You don’t have to have any experience to join in, we’re a really friendly group and some ladies just like to come along for a cup of tea and a chat,” said Dot, who has coordinated the group for 10 years now.

“We can have anywhere between six and 16 residents attend every week, some people might knit blankets for themselves or a friend, some may crochet, and others just come along for a laugh and a giggle.”

Dot moved from her large four-bedroom house in Kojonup after her daughter suggested she have a look around Amity Village during an open day around 12 years ago.

“I’ve been very happy at Amity, there are lots of people who move here after living in the country. To me the appeal is that it’s one of the smaller estates where you can really get to know people.

“Plus there’s so much going on, you can play indoor bowls, rummikub, borrow books from the library, paint, and if you’re a bloke you can go off to the men’s shed. You name it, it’s pretty much here.

“Plus the hairdresser comes two or three times a week, so what’s not to love!”