He still believes it was the best move 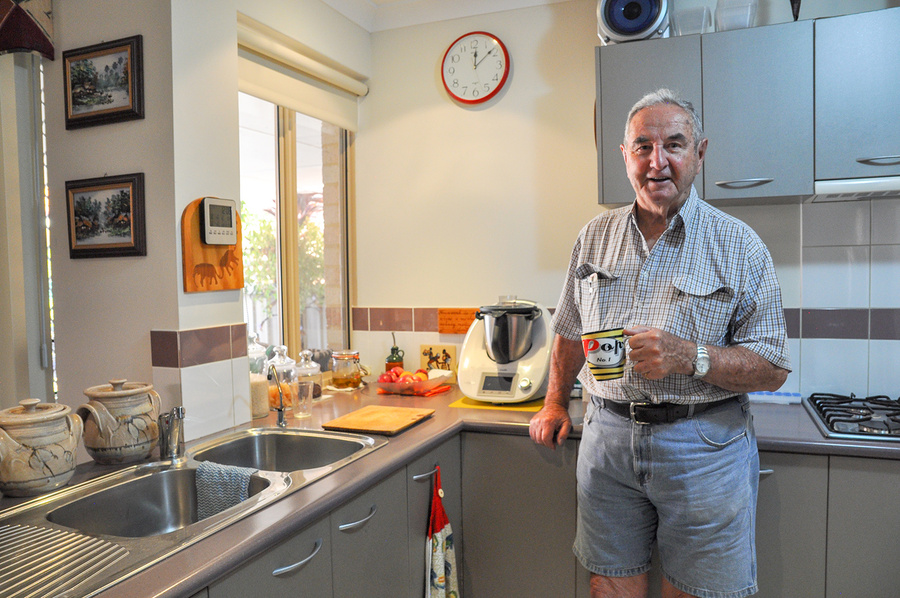 Still believes it was the best move

Barry Doherty has the claim of being one of the first residents to move into Erskine Grove back in 2003.

“And it was the best move we ever made,” said Barry, who moved into his new home in the community with his late wife of 56 years, Rita.

“When I retired my daughter was living in Mandurah and it was a friend of hers who suggested we have a look at the new Erskine Grove community that was being planned,” recalls Barry, who spent 10 years in the Kimberley working on a station he had part ownership of.

“We had our name down for another village at the time, but when we went to have a look at where Erskine Grove was going to be built we were very impressed, and we were really pleased to secure the exact block and house build that we wanted.

“It’s hard to believe that I’ve been here 16 and a half years now, but I still love everything about the place - the house, the estate, the people and the lifestyle.”

Barry is a born and bred West Australian, having entered the world on 23 January 1931 in Cottesloe, before been taken to live in Kalgoorlie with his parents until he was four years old.

“We then moved to the town of Youanmi which is located about 95 kilometres south west of Sandstone and around two and a half hour’s drive from Mount Magnet in the Mid-West. I was there until I was packed off to Scotch College when I was 11 years old in 1943,” explains Barry, whose mother was only the second woman to qualify as a chemist in WA.

Fast forward a few years and Barry met his wife to be on a blind date set up by his sister, who was working alongside her friend at MMA Airlines at the time, as a hostess.

“Five weeks later and we were engaged, but we had a long engagement as Rita had signed a contract with the airline for two years, and I was just in the throes of getting the Kimberley station up and running,” said Barry.

“We were married on my 29th birthday at Christchurch in Claremont and we stayed up in the Kimberley for over 10 years, before coming back down to Perth as we wanted a good education for our three children.”

Today 89-year-old Barry volunteers as a grover driver, an electricity meter reader and a popular member of the hobby shop.

“Erskine is a very laid back, down-to-earth community with great people, and I still feel very fortunate to have moved in here all those years ago.”