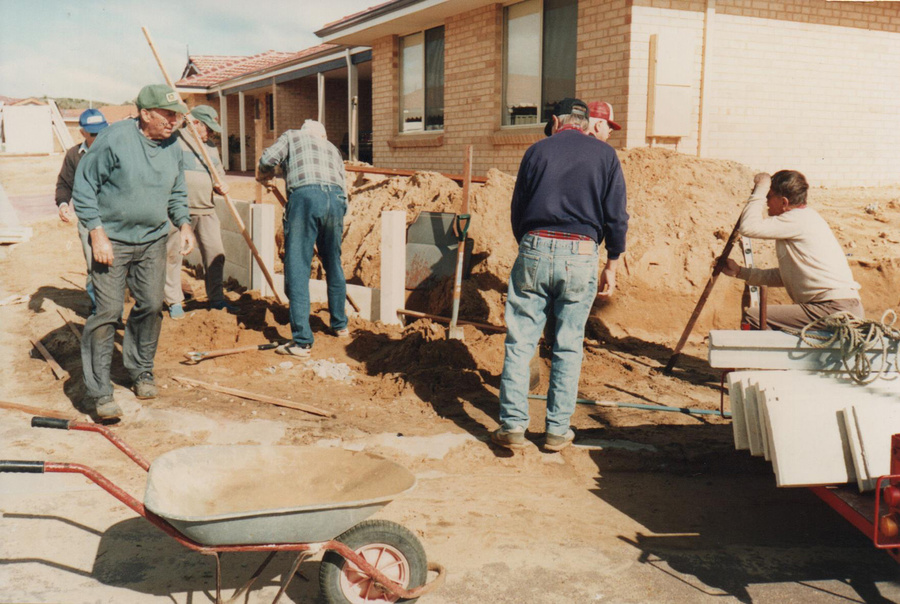 Can you believe it’s been 25 years since RAAFA’s estate in Merriwa opened its doors? For many of us, 1995 doesn’t seem like that long ago, but the reality is it’s a quarter of a century!

And to celebrate, there have been a few trips taken down Memory Lane in the last few weeks at the northern suburbs estate, to commemorate its official launch, back on 30 April 1995, when Air Commodore Geoff Michael - RAAFA’s National President - presided over the estate’s official launch.

Back then, Merriwa was considered to be pretty much at the end of the earth, and nothing more than a large sandpit! In fact it was pretty much the end of the road, as Marmion Avenue didn’t go any further north at that stage. What’s more, there was nothing else there - no public transport, no shops, no facilities and very few amenities. It’s certainly hard to believe now when you fast forward 25 years and take in what a thriving suburb it is now, which almost 6000 people call home, xx of whom live at RAAFA Merriwa.

To celebrate the milestone, all residents were gifted a special commemorative bottle of wine to enjoy. And there was also a little digging in our archives to discover a few more insights about the estate’s development all those years ago.

We’ve discovered that nine couples had already moved into the estate during January 1995, and the building program was running ahead of schedule, with an additional 28 units ready for occupancy by mid-March.

But in comparison, the administration building had been delayed by a few weeks, and was handed over later that same month.

From there, the work on the first bowling green began in April and the swimming pool opened at the start of the 1995 summer season. At that same time, Stage 2 also got underway.

And, clearly a priority, the RAAFA Estate Merriwa Residents Branch was started and officially recognised on 20 April 1995.

This activity was all being undertaken while work was continuing on the reticulation for the estate - something that was deemed a priority at the time to stabilise the dust problem and improve resident’s quality of life.

Reading between the lines, that was also because Merriwa was considered a major dustbowl back in 1995… How things have changed!

Congratulations to all Merriwa residents on the 25-year anniversary of the estate they call home.