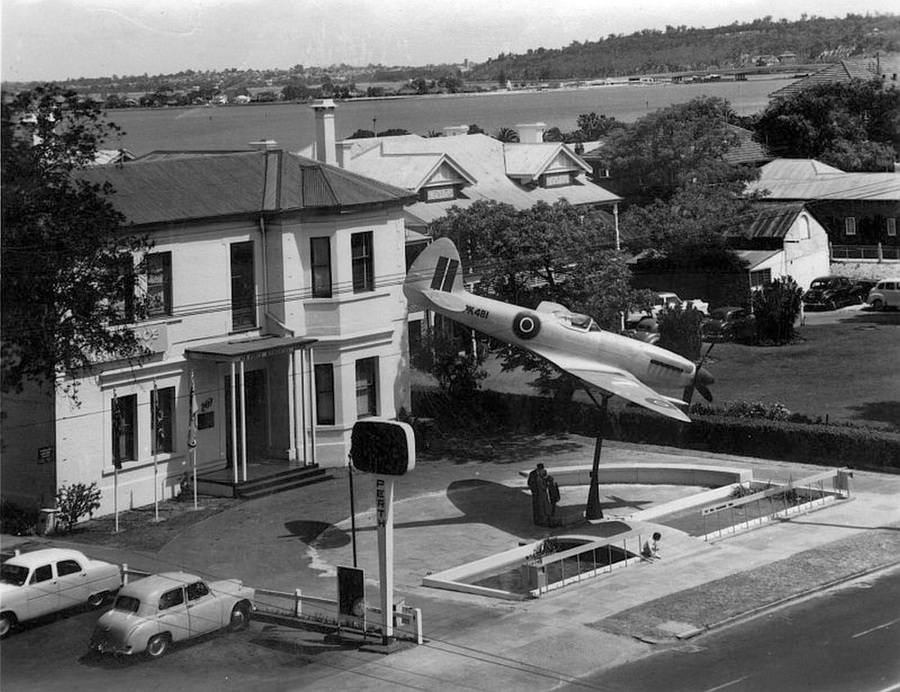 2019 is a special milestone for RAAFA and we both feel extremely privileged to be associated with the organisation as we recognise our 90th year. It is a time to reflect on how we started from humble beginnings back in 1929, to now being the seventh largest not-for-profit organisation in Australia that provides retirement living – one that employs over 700 staff and benefits from the support of over 500 dedicated volunteers. A small acorn has become a living and growing oak tree.

Soon after, a gentleman from the NSW group, by the name of Mr Reece Price, moved to Perth and instigated a meeting in May 1929 – with just 30 men – to form an Australian Flying Corps Association of Western Australia.

At its inception, the organisation was concerned with the welfare and continued comradeship of those who served first in the Australian Flying Corps and later in the Royal Australian Air Force. Indeed, airmen in WWI were flying biplanes which were predominantly used for surveillance work, and were involved in advance bombing raids, fighting the Germans on many fronts.

The next major war was in Europe. Described as the ‘air war’, WWII saw over 13,700 casualties across Europe and the Asia Pacific. During this time, RAAFA in WA offered support to airmen and women who had come to Perth for respite from the fighting in the Asia Pacific.

These men lost 44 per cent of their mates, so when they came back to WA there was a strong bond between the 6,000 survivors. RAAFA was there to support them.

Fast forward to 1952, and in a commitment to our future growth, RAAFA acquired an old house in Adelaide Terrace, which became quite an icon in Perth as a result of a retired Spitfire being mounted on a post outside the office, which remained in place right up until 1970.

In the same year, the Association decided to establish a country club to provide a location for members to gather for commemorations and celebrations in comradeship, and also to offer retirement accommodation for our members in their later years. As a result, a parcel of land at Bull Creek was purchased, bound by Leach Highway and the Kwinana Freeway, which in 1970 was essentially located out at the end of the city. And in 1971, the RAAFA Club was opened with Princess Margaret cutting the ribbon and the aforementioned Spitfire relocated to the front of the site.

Just over a decade later, in 1984, the organisation was renamed the Royal Australian Air Force Association in order to appeal to present day service members. And indeed RAAFA has evolved continuously to stay relevant and be the best organisation it can be. Significantly, this has seen us evolve from purely an ex-serviceman’s association, to now welcoming men and women from all areas of the community, not just those who have had a career in the forces. And this has helped us to become the diverse and inclusive organisation we now are.

Indeed, fast forward to today, and RAAFA has a high-level strategic plan which sets out our objectives for our future growth. We are conscious of the demands of the current membership and the broader community of aging Baby Boomers. Significantly, it is expected that we need to respond with somewhere between 800 and 1,000 new homes over the next five to 10 years to accommodate their needs.

Our organisation continues to grow significantly. Did you know that today RAAFA has over 4500 members and employs more than 700 staff across six different sites? It’s also surprising to many that we have over 500 dedicated volunteers.

People are often also astonished to learn that we have 1447 retirement living units that provide homes for over 2000 residents. Moreover, our estates provide an opportunity for seniors to embrace their dream retiree lifestyle, and a fulfilled and enriched second half of life.

Each RAAFA estate is home to a unique community of residents. For example, RAAFA Amity Village Albany is a small tight-knit community, while Air Force Memorial Estate in Bull Creek is a vibrant village which is also home to two aged care homes, as well as our Aviation Heritage Museum.

And we also have our RAAFA Connect service that offers numerous services within our RAAFA communities including a DVA service. These are tailored to assist older people to remain living independently, in their own home, for as long as possible. As one octogenarian told us recently; “We wanted to stay living in the home we’ve loved for more than 50 years, and RAAFA Connect has helped us to do just that.”

And then there’s our Aviation Heritage Museum at AFME, which was originally opened on 17 November 1979. It’s home to one of Australia’s largest collection of civil and military aviation artifacts, and is supported by more than 200 volunteers who give up their time generously to ensure it runs smoothly.

We are also proudly committed to supporting local community groups, organisations and individuals within the wider community through our philanthropic Clear Skies program. Established with our mission in mind, Clear Skies maintains RAAFA’s traditions and heritage and we look forward to follow the evolution of this new initiative.

In providing these services, we are always conscious of our aim to care and support people with love, and work to support their lives with dignity and joy. Our core values of recognition, inclusivity and diversity, benevolence and healing are central to who we are and what we do. And we are extremely proud of the contribution of our staff in ensuring that our vision of going above and beyond in engaging and supporting our community continues to be maintained.

We look forward to the next 90 years and remain as committed as ever to serving the West Australian community and, with the assistance of our dedicated staff and volunteers, to enabling individuals to maintain full and independent lives.